Turning a Cat-astrophe into an Experience: The Palace Museum

ITEC Entertainment is a multidisciplinary organization with a strong diversity of talented staffers. Occasionally our employees will share their expertise in their area of discipline. This post was written by ITEC’s Design Manager, Sisi He.

Developing a central story and cleverly weaving its themes into the culture of a property is a pivotal part of what a leading entertainment design and development firm such as ITEC creates. To make a destination truly breathtaking, one significant aspect involves identifying and responding to natural elements of a location and its history. One such example of this occurrence is The Palace Museum in Beijing, China.

The museum was established in 1925 and consists of 980 buildings across 180 acres. Prior to becoming a museum, the Palace served as a home for the Royal Family for a half-century. While the museum is known for housing over a million rare and valuable works of art, it perhaps receives the most global notoriety for the cats that now frequent the museum and have become one of the most successful social media phenomenons in China in the last decade.

The Story Behind the Cats of The Palace Museum

Being nearly 600 years old and covering so much ground, the museum was known to be infested with rats. As a response to the problem, the palace elected to bring cats into the museum in order to remove their rat infestation. That decision brought its own notable issues including disease and cat feces among other health concerns. After correcting the problem by appropriately vaccinating the cats and developing an enhanced method of cleanliness, there are now 150 stray cats that call the Palace home, helping staff keep the museum mouse free in exchange for food and shelter.

The phenomenon came at the right time as social media was blossoming into what it’s become today, causing the virality of the Forbidden City Cats to flourish and grow organically from 2018 and onward. In fact, one of the Forbidden City stray cats, Baidian, became famous for being an semi-unsuccessful bettor at the 2018 World Cup in Russia. He became such an icon that his own Baidu account was created when he was hospitalized during illness and required donations.

Ultimately, the goal of any themed entertainment development is to attract visitors to come more often, stay longer, and return multiple times to bolster ROI for the destination. In this case, the mutually beneficial relationship between the cats and the Palace staff created just that element needed to do the trick. Not only did the Palace begin creating merchandise for the museum store, but they were included in television programs, and most recently are the source material for a series of children’s books about The Palace Museum. There are photo galleries, statues and unique characters developed for some of the cats to help drive interest.

According to the director of the museum, the Palace retail store has 15,000 transactions a day related to Palace cats and sold more than $1.5M USD in total merchandise in 2019. Some believe that the cats in the Palace are descendants or true royal family cats although that has yet to be proven. By building statues and focusing marketing dollars on the cats in addition to the artifacts, the museum was able to attract the coveted Chinese millennial generation (20-40) so successfully that now other museums are trying to mimic its success. According to Alizila.com, museums in China are experiencing a renaissance among the younger generation that was spearheaded by the creative marketing campaigns built around the National Palace Museum and the cats.

Creating a story as a basis for a property, whether it’s an amusement park, mixed-use real estate, or a resort, can be the difference between a location and a destination. Themed entertainment principles don’t just improve foot traffic and increase exposure, but can truly unlock an entire lifestyle around a property that appeals to mass markets. The Palace Museum is just one example of the potential, but ITEC Entertainment has been in business for over 30 years helping developers identify their stories and accomplish similar goals. With the experience economy growing at a rapid pace, more developments require the thematic approach to property that begins with the guest experience in mind. 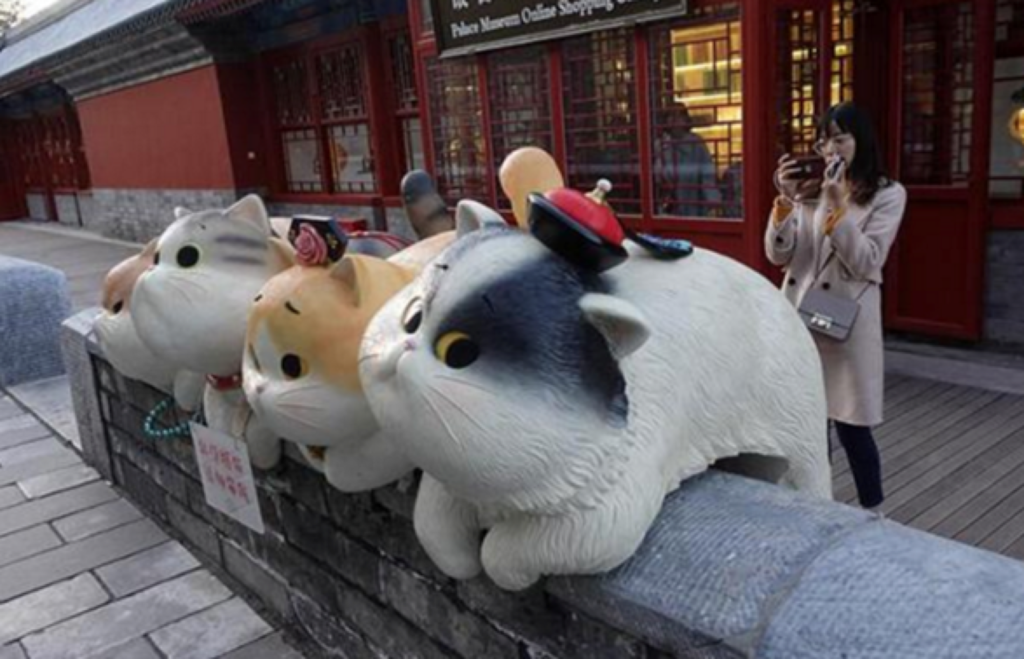