Disney theme parks provide kids (and kids at heart) the unique opportunity to immerse in adventure and magic by becoming part of the stories they love and playing alongside their favorite characters. In the same way, the action-adventure based stories and superhero characters of the Marvel Cinematic Universe attract highly engaged fans of all ages.

So, it’s no surprise that the two worlds have successfully collided and resulted in Marvel-themed entertainment and attraction experiences at Disney parks around the globe.

“Marvel serves as one of Disney’s golden opportunities to create any type of destination its audience wants to explore,” said Bill Coan, president and CEO of ITEC Entertainment, a 30-year global leader in designing and developing themed entertainment for clients including Disney.

Coan also spent 13 years at Walt Disney Company’s themed attraction development group, Walt Disney Imagineering. He believes that one way travel advisors can capitalize on the expansion and evolution of the Marvel presence at Disney parks is by putting together special themed “packages” that tie related and bookable products together.

We asked Coan to tell us more about the selling power of Disney and Marvel.

What makes Marvel an excellent fit for theme parks?
Marvel continues to dominate as one of the most powerful theme park IPs [intellectual properties] because its franchise provides a seemingly endless and predictable flow of new releases that keeps it current. Moreover, Marvel creates rich imagery, enthralling environments and architectural “character” that enable theme parks to really immerse guests into each new experience and adventure.

Is an increased Marvel presence at theme parks due to a larger Marvel fan base?
The fan base is driven by the movies — and, now, the broadcast television and streaming series — so theme parks are leveraging this combined dynamic because they’ve seen how effective it is, as well as how strong the fan base is.

The Marvel movies and their carefully orchestrated branching paths and timelines mesh well with theme park environments because there are so many scenes that translate into attraction experiences and characters to whom fans are loyal and aspire to be. Therefore, while theme park attractions typically do not create new fans, they help raise brand awareness and may pique guests’ interest in learning more about the iconic franchise.

Has “Star Wars” paved the way for Marvel?
The nature of new and exciting concepts and themes must be forward-leaning and can’t rely too heavily on tradition, legacy and history. Any resistance to Marvel-themed attractions may be from purists with concerns for the Disney brand; however, the successful presence of “Star Wars” imagery in a previous and established theme park setting could soften the impact of a Marvel rebranding of one or more major attractions.

How can travel advisors take advantage of a franchise’s popularity to book theme park vacations?
Agents can utilize well-known brands and stories to highlight the unique and special nature of a visit to Disney, as they have in the past. They can also get creative with the maturity that these franchises have across different mediums.

In the 11 years since The Walt Disney Company acquired Marvel Entertainment, the number of superhero-based experiences and attractions at Disney parks has increased, including not only Avengers Campus — the Marvel-themed land opening this summer at Disney California Adventure — but also a second campus at Disneyland Paris (opening in 2021) and another at Tokyo Disneyland (opening in 2023).

Marvel’s expansive characters, exciting storylines and universal values — with room for many more — and the predictable nature of production makes it easy for Disney to plan horizontal integration between the franchise and theme parks. The age of superhero fiction shows no signs of letting up. 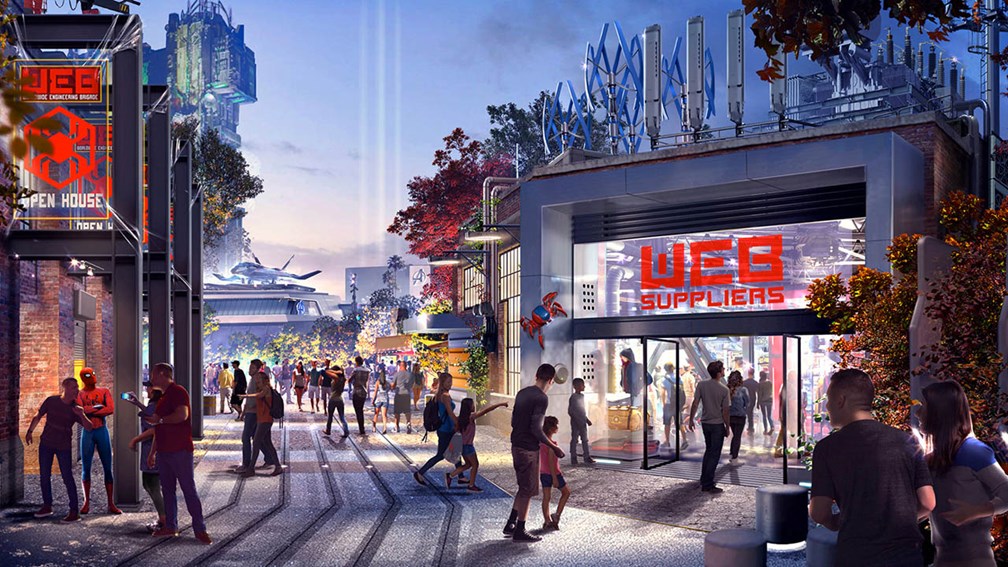