Welcome to the blooloop briefing; a roundup of attractions news from the last seven days.

The world’s largest gamer theme park will be constructed in China, roughly the size of a Six Flags Amusement Park, developed by ITEC Entertainment. Game publishers will have the opportunity to license their IPs for the attraction.

The top attractions in Europe have been unveiled at the World Travel Awards (WTA) Europe Gala Ceremony in Madeira. Winners at the red carpet reception included The Land of Legends Theme Park and LEGOLAND Windsor Resort.

CJ LiveCity Corporation and AEG have signed an agreement to build CJ LiveCity, which will include the Seoul Metropolitan Arena, as well as a studio complex, K-culture-themed entertainment district, and waterfront park.

Mine, a new exhibition from Simon Denny, has opened at Tasmania’s Museum of Old and New Art (Mona), featuring new sculptures, a giant board game and AR. Mine acts as a ‘theme park to extraction’, according to Denny.

San Francisco’s de Young Museum has collaborated with Google Arts & Culture on Google Lens, which allows visitors to discover the stories behind paintings. Using Google Lens, visitors can search what they see.

The British Museum and Samsung have renewed their partnership on the Samsung Digital Discovery Centre (SDDC) for another five years. As part of the new agreement, the museum’s SDDC will undergo a major refit.

The Nelson-Atkins Museum of Art has created an interactive art-inspired mini golf course in the Donald J. Hall Sculpture Park. ‘Art Course’ has nine hole designs with a fresh interpretation of artworks in the museum’s collection.

Two Bit Circus are hosting a series of esports tournaments at their Micro-Amusement Park in LA, with a curated lineup of games from popular titles like Fortnite and Super Smash Bros., to indie favourites like Killer Queen.

Circus Roncalli in Germany is using holograms instead of live animal performers. Since 2018, Circus Roncalli has featured no live animals, only holographic projections with 360° visibility for the entire audience.

The University of Oxford will showcase art created by the world’s first ultra-realistic AI humanoid robot artist, Ai-Da. The exhibition will present a selection of Ai-Da’s artwork, including drawing, painting, sculpture and video art.

After the opening of Star Wars: Galaxy’s Edge, Disneyland Resort is moving ahead with its next expansion. The city of Anaheim has approved building permits for a Marvel-themed land at California Adventure Park.

The operation to sink a 70-metre Boeing 747 – the largest aircraft ever to be submerged – is underway in Bahrain waters as part of an underwater theme park. The aircraft is expected to rest at a depth of approximately 24 metres.

Dadasaheb Phalke Nagar in Goregaon, known as Film City, is set to become a world-class tourist hotspot in Mumbai. The five-year renovation project is expected to cost between ₹25 crore ($3.5m) and ₹50 crore ($7.1m).

Barcelona City Council has finally granted the Antoni Gaudí-designed Sagrada Familia its first building permit, meaning it can now be completed. The Basilica of the Sagrada Família has been under construction for 137 years. 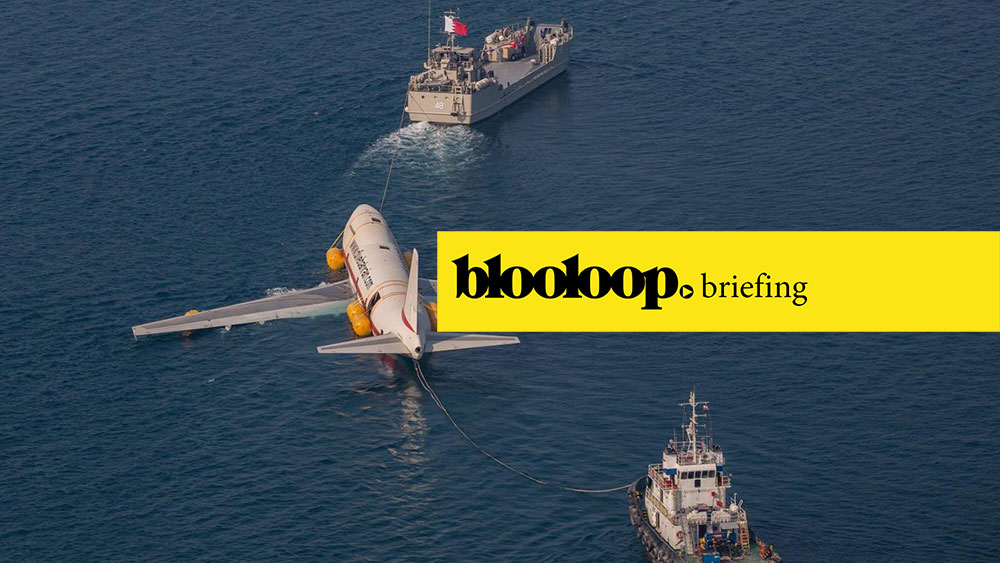