Dota 2 lovers: Get your China visas ready. China is building the world’s largest gamer theme park …“for the win!”

Unless Disney opens up a section of its Hollywood Studios park dedicated to arena-play video games and other gamer-related attractions, then China’s got them beat. This under-wraps park, roughly the size of an average Six Flags Amusement Park, will be the one that mainstreams video games as major theme-park attractions.

No, Dota 2, the capture-the-flag esports phenomenon loved in China and around the world, is not part of the park being developed by Orlando-based ITEC Entertainment. ITEC did not say which developer sought them out to design attractions and even some new games for the park, but real estate giant Evergrande Group is working with them on another amusement park in China already.

There are certain things about China that are still trailing the rest of the world. Disney and Universal are out way ahead on theme parks. Disney is now in Shanghai. Universal is under construction in Beijing.

Now that the foreign guys are showing up with their American content, China wants to get in on the action by increasing their quality and raise their level of product, but with a cool, local spin.

China doesn’t have Mickey Mouse, Harry Potter or Spider Man. But it’s got video games and tens of millions of gamers who love them, play them and dress like their favorite game characters.

“I think where China can get ahead on that is on the gamer side, because Disney and Universal have not yet capitalized on that market,” says Bill Coan, president and CEO of ITEC Entertainment during a call from Shanghai. “We are telling the Chinese if you want to catch up quick in the theme park space, integrate it with gaming. China has the opportunity to try this first.”

ITEC Entertainment is both the park designer and the engineers of the new games on site. “It’ll be a big science project,” Coan says. “There is nothing we can model this around. Some of the park will be conventional with roller coasters, but a lot of this will be new, and require innovative technology and presentations we haven’t done before.”

The notion of turning video games into characters that you can build rides around at amusement parks is not entirely new. Finland’s Rovio Entertainment Corp., makers of Angry Birds, licensed their characters and brand to Trimoo, the Qatari developers behind Angry Birds World in Doha.

But while Angry Birds World is small, located in the Festival City shopping mall complex, ITEC’s property is more like an American theme park. And it’s not based around a single game.

Imagine this: a pay-to-play premium to compete in games while your sibling is off on some water slide somewhere. On one end of the spectrum, they can play and compete in small arenas for 1,000 people or so. On the other hand, they can have an immersive experience inside the game itself.

To make it more visual, if this was Disney World Hollywood Studios, you can pay a premium to get a group of friends to form a team of X-wing pilots battling another team of Tie Fighters in a video game, hooked into the game through headsets and game controllers, watching the battle on a concert-size video screen. What? You stink at it? Pay a bit more to improve your piloting skills. It’s the old 1980s arcade with Donkey Kong, on steroids. And with someone dressed up one of the Mario brothers ready to pose for pictures and sign autograph books.

“We want them to have some physical exertion here, too,” Coan says . “Our other idea is to integrate some famous local players into the park, the Chinese gamer superstars, and add in the spectator opportunity that brings in game fans to watch these stars play each other in real time or against you,” he says, adding that they plan on having an esports arena where people compete daily in popular Chinese video games.

“Like Disney, you leave the attraction into the merchandise zone,” Coan says of the park. “It’s big business for game publishers to license their products in new ways. Look, if we can achieve all those angles, we have a unique opportunity over the course of a day to wow an audience that doesn’t yet have its own theme park geared towards the content it plays every day,” he says.

ITEC’s project is betting on an emerging segment of the entertainment world, especially in China. The global games market topped $138 billion in 2018, with a compounded annual growth rate in the double digits year-over-year.

“The sheer size of the Chinese market, with nearly 700 million gamers, will always make it prime for growth,” says Frank Ng, co-CEO of Ourgame International, the owner of Allied Esports. Ng is including people who play mobile games on their phones, rather than the type of player who would identify as a gamer.

“The government’s support and aggressive promotion of esports—which they strongly believe is the future of gaming—is what separates China from the rest of the world,” Ng says.

Ourgame International has local China partners in Hangzhou who built “an esports town” with government funding.

Arenas and parks are the main investment opportunity for foreigners for now. Blockbuster game publishers like Epic Games, the co-developers of Fortnite, for example, also have a huge playing field ahead of them. Most of China’s games are homegrown, however, keeping its game developers in business.

“Getting into the China gaming market depends on who you partner with, like a Tencent, which in my opinion is the right choice because of their user base,” says Henri Holm, CEO of FandomSports, a four-year-old online gaming company that moved into the esports space with their live esporting app on May 26.

“It’s a volume game,” says Holm. “China is in a totally different league from a gaming consumption standpoint. The U.S. is big because we have more money. But if you look at the size of the gamer community, you have to be in China.”

International and local game publishers will be getting a new outlet to showcase their goods. That’s what ITEC and its developers hope.

“We are pretty close to the business, and we haven’t heard of anyone designing a park with gaming as a primary focus in the U.S. Not yet anyway,” Coan says. “You can see it getting serious attention at Universal or Disney parks beyond just a glorified arcade attraction. Hopefully we can get this project done sooner rather than later,” he adds. “If we do, China will be the pioneer in gamer-themed amusement parks.” 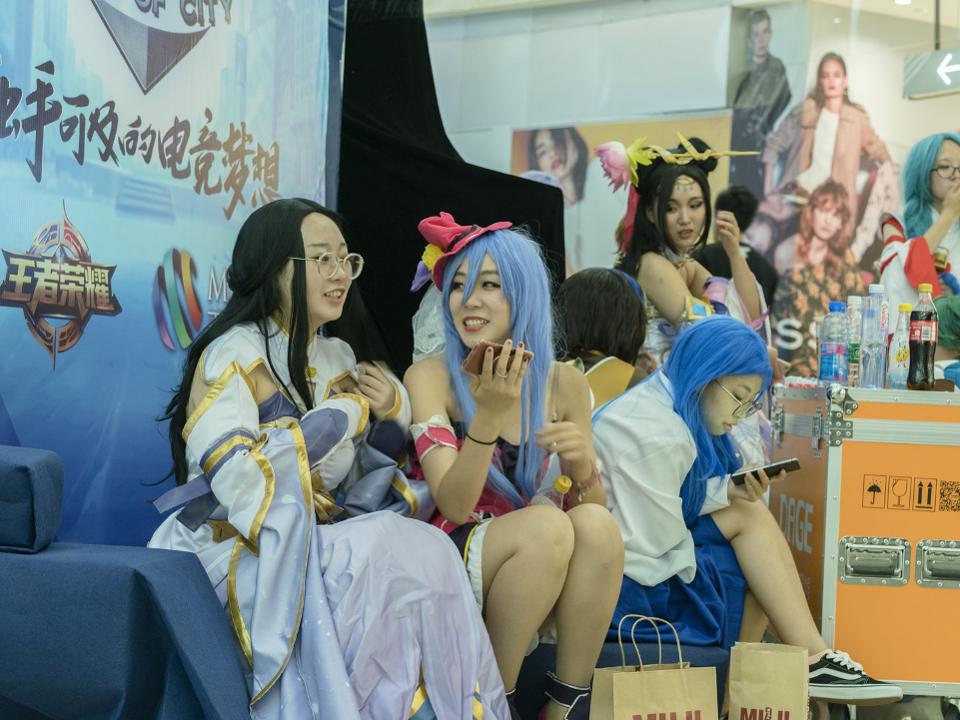