Despite a resurgence in coronavirus cases, Halloween celebrations are back on the calendar.

How scary is that?

For theme parks, haunted house operators, pumpkin patch owners and others who profit from the autumn scarefest, the idea of hosting a Halloween event amid a pandemic is a financial risk many are willing to take — and one that could pay off big. After all, Americans who had to avoided gatherings last year are expected to spend big on spooky thrills this year.

“There’s an outside risk that health officials won’t let you do it or do it the way you created it,” Bill Coan, a theme park expert and president of Itec Entertainment Corp., said of planned events.

Many Halloween event organizers say they are moving ahead with the kind of festivities they hosted before the pandemic. That means long queues, big crowds and costumed characters jumping out at Halloween fans shuffling through haunted houses and darkened mazes.

But if health officials limit or close the Halloween functions due to increasing COVID-19 cases this fall, experts say the investments into props, haunted attractions and staffing for Halloween events could be wasted. “It’s certainly a gamble,” said Martin Lewison, a business administration professor and theme park expert at Farmingdale State College in New York. Halloween event promoters “are going though the process now of hiring people and buying equipment.”

Because of the pandemic, Americans’ spending on Halloween dropped to an estimated $8 billion in 2020 from $8.8 billion in 2019, according to the National Retail Federation.

“The biggest challenge with 2020 was the lack of trick-or-treaters and Halloween school activities,” Brad Weston, chief executive of Party City Holdings, the party and costume supply company, said in a May earnings call with analysts. “We would anticipate this year being more kid- and family-friendly, if the pandemic allows more normalized activity, and we would anticipate being the beneficiaries of that.”

COVID-19 threw a wrench, at least temporarily, in what had been more than a decade of growing popular interest in and spending on Halloween. Once marked with modest neighborhood haunted houses, the occasion now fuels multimillion-dollar ventures at theme parks and other tourist attractions that employ professional makeup artists, movie-quality special effects and celebrities to boost attendance.

Independent haunted attractions, scare mazes and escape rooms have been opening across the country in warehouses and empty retail shops. Projects that were paused during the pandemic are springing back to life, and new ones are in the works. A new haunted maze attraction is launching in October in Temecula called Temecula Terror, produced by twin brothers who call themselves the Bloodshed Brothers.

What will Halloween event operators do if the pandemic prompts health officials to impose new health protocols in the run-up to All Hallows Eve? They are not saying.

Audrey Eig, a spokesperson for Universal Studios Hollywood, said the park’s annual Halloween celebration, Halloween Horror Nights, will “continue to take our guidance from health and government officials to ensure the health and safety of our guests and team members.”

Tickets went on sale Thursday for the hugely popular event, which has in the past featured rock ‘n’ roll guitarist Slash and film director Eli Roth. This year’s festivities, taking place over 32 nights in September and October, will feature scenes and characters from horror classics such as “The Exorcist” and “The Texas Chainsaw Massacre. “

The Disneyland Resort has already sold out on 16 of the 25 days offered for its after-hours Halloween event, the Oogie Boogie Bash. The celebration runs from Sept. 9 to Oct. 31.

Tickets are expected to go on sale Aug. 16 for Knott’s Scary Farm at Knott’s Berry Farm in Buena Park. Six Flags Magic Mountain in Valencia plans to announce ticket sales information for its annual Fright Fest next month. Prices for the theme park events range from $69 to $169 per night.

The Los Angeles Haunted Hayride will be held again this year in September, according to a message posted on the event website. Representatives declined to discuss details. In the past, the hayride featured scare-actors who jumped from behind trees and scenery to frighten guests riding a cart through Griffith Park. Because of the pandemic last year, the hayride was converted into a drive-through event and moved to San Dimas, with guests driving past spooky scenes before parking to watch short films in a drive-in setting. Midsummer Scream, a Halloween and horror convention that was canceled last year, is scheduled for Aug. 14 and 15 at the Pasadena Convention Center. And Spirit Halloween, the costume and decoration retail chain, plans to open 1,425 locations nationwide this year, 3% more than last year, according to store officials.

As for Halloween fans, many can’t wait to join this year’s celebrations.

“I’m trying to make this spooky season amazing because last year didn’t even feel like Halloween with everything being canceled,” said Cassidy Coles, a film student from Glendale who has been attending Halloween Horror Night events for several years.

Mike Nakauchi, a theme park enthusiast from Los Angeles, said the Delta variant of the coronavirus makes him nervous, but that won’t stop him and his husband from attending Halloween events this year.

“While we are fully vaccinated, we do intend to wear masks,” he said. “Even if an event is largely outdoors, we will want to be especially careful if we’re dealing with heavy crowds.”

The relaunch of Halloween comes a year after most major Halloween events — and other usually interactive holiday celebrations — were canceled or dramatically scaled back because of the surge in COVID-19 cases last fall. Disneyland, Universal Studios Hollywood, Knott’s Berry Farm and Six Flags Magic Mountain canceled their annual Halloween events in 2020.

The Los Angeles County Department of Public Health recommended against the tradition of trick-or-treating last year, saying “it can be very difficult to maintain proper social distancing on porches and at front doors” and “because sharing food is risky.”

It’s not clear how big the crowds may be this fall, and for some Halloween event operators, the inability to plan precisely is too much of a gamble.

Jeff Schiefelbein, owner of Sinister Pointe Productions in Orange County, said he decided against building and operating a haunted house or maze this year because of the higher material costs and the uncertainty created by the spreading Delta variant. He said he invests up to $100,000 a year on his haunted attractions.

Experts disagree on whether Halloween fans who had to sit out the holiday last year will come out in pre-pandemic numbers this year.

“People want their events,” Lewison said. “The fans are dying for this kind of special comeback.”

Susan Dobscha, a marketing professor at Bentley University in Massachusetts, said she thinks most Americans will not be comfortable joining large celebrations for years to come, if ever.

“We have to adjust to the new normal,” she said. “I think there will still be a lot of hesitancy to go back to big crowds.” 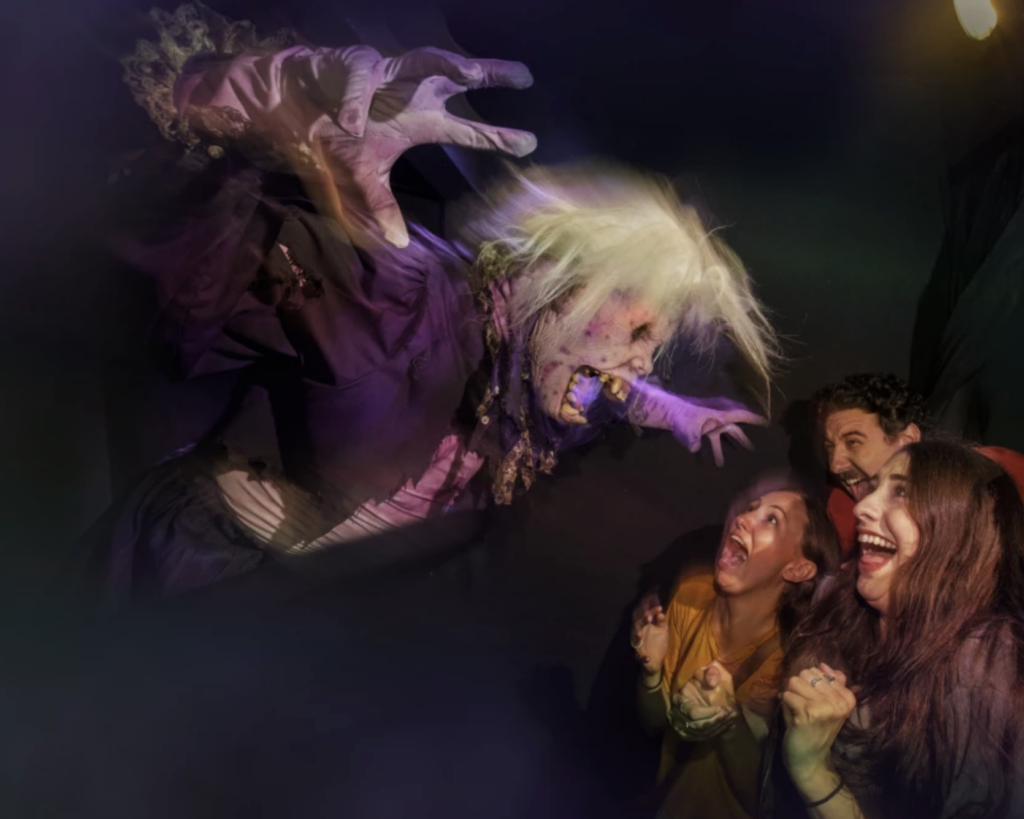