Sometime in the next decade, Disney World visitors could venture into Maleficent’s castle or sit down for a meal in the village of Santa Cecilia from Pixar’s 2017 film “Coco” — but Disney could also scrap plans long before the first guest sets foot inside.

In an unusual move for the company, Disney executives pitched early-concept, or “blue sky,” prospective additions to Disney World’s Magic Kingdom and Animal Kingdom theme parks during the D23 fan expo in California earlier this month.

Some fans praised the proposals to add Disney Villains and the settings from the “Coco” and “Encanto” movies to the Magic Kingdom but wondered how they would fit near the Western-themed Frontierland.

The presentation rippled through theme park social media as enthusiasts discussed Disney’s plans to introduce more contenttied to its TV and movie franchises in the parks, sometimes replacing original attractions in its path.One idea to replace Animal Kingdom’sDinoLand U.S.A. area with “Zootopia” or “Moana” had some theme park originalists fretting.

In the past, strategic decisions and organizational change were supported by technologies—rarely driven by them.

Industry analysts reached by the Orlando Sentinel said the presentation seemed out-of-character for a company that carefully choreographs what it releases about projects and when and how it delivers that news.

“This was the sort of concept stuff that typically is kept in-house for much longer and further refined before it is ever walked out,” said Jim Hill, a theme park historian and writer who runs Jim Hill Media and co-hosts the Disney Dish podcast.

Disney did it perhaps to stoke fan engagement or to acknowledge competition with Universal Orlando, they said.They questioned when, or if, the projects could make it into Disney World but said they align with the company’s growing efforts to bring more TV and movie content into its theme parks.

Josh D’Amaro, chairman of Disney Parks, Experiences and Products, said the concepts were “way early in the creative process” but more than just daydreams.

“They are very real. They are very serious discussions that I’m having with our teams about the future of our parks and experiences,” D’Amaro said, before presenting the ideas with Imagineering and Walt Disney Animation Studios executives.

Disney spokeswoman Andrea Finger said Disney has announced projects early before, such as the Disneyland Forward plan to update and expand the California theme park. The company released a vague, early outline for the project in March 2021 along with an initial rendering, the LA Times reported.

“We have such dedicated fans, it only makes sense that we would give them a sneak peek of our future – even if it is just early concepts,” Finger said. “It was so exciting to be with them as they heard the great news about our future from us first.”

ITEC Entertainment CEO Bill Coan, a former Disney Imagineer, said he believed the “blue sky” announcement was Disney’s way of seeking feedback from some of its biggest fans.

“It worked in the way that they would like for it to work, which is to throw some ideas against the wall and see what sticks,” he said. “And I suspect that’s not a terribly wrong way to do things, it’s just new to them.”

Dennis Speigel, CEO of International Theme Park Services, said the presentation seemed like a way to “shake up” D23 and reward Disney buffs, who have to be fan club members and buy tickets to attend the expo, with an exclusive sneak peek.

To Hill, it appeared like an attempt to spotlight theme park developmentby discussing prospective lands instead of current projects. He said he is concerned some fans took it as fact.

“I would honestly be surprised if a fourth of what we saw at the presentation on actually makes it into the park,” Hill said.

Disney has changed its mind on lands in the past. A mystical creature-themed Beastly Kingdom plannedfor Animal Kingdom’s 1998 opening stalled in development for years before its cancellation.

More recent plans, such as a Mary Poppins attraction and Spaceship Earth refurbishment at Epcot, were announced in 2019 but placed on indefinite hold during the pandemic.

Disney’s recent strategy in the U.S. suggests it is shifting focus from adding new features to its theme parks to developing exclusive — and often high-priced — experiences like the Star Wars-themed Galactic Starcruiser hotel and new cruise ships, said Len Testa, head of Touring Plans and the other half of Hill’s Disney Dish podcast.

“They all look at it through the lens of a spreadsheet, and whatever makes the most money, they’ll do,” Testa said. “… They’re going to put the money where they get the greatest shareholder return.”

Disney has invested over $30 billion in its theme parks over the past 10 years and added over 200 new additions to these properties since 2016, Finger said.

Speigel also speculated the presentation was Disney’s way of showing off to Universal as the rival entertainment giant builds its third Orlando theme park, Epic Universe.

“No question about it, it’s shots across the bow,” he said.

Other analysts disagreed, arguing if this were Disney’s goal, it would have released official plans for a new addition by now.

“The way you compete with Epic is that you announce a major project with major content that puts the fear of goodnes in them,” Coan said. “Just announcing that you’re showing some blue sky ideas, Universal is not in the least bit concerned.”

Disney did not comment on proposed timelines for the “blue sky” concepts, but industry watchers said it could take at least five years to bring any newly pitched projects to the resort. Universal aims to open Epic Universe by summer 2025.

The ideas shared at D23 prove Disney will continue bringing material from its successful TV and movie franchises into its U.S. theme parks and move away from attractions based on original stories, analysts said.

Franchises have their place in the parks, Testa said, but Disney’s creative teams excel when they design from the drawing board, like with The Haunted Mansion and Pirates of the Caribbean.

“Why does everything have to be based on a movie? And the answer is management wants a tie-in so that they can leverage their ‘synergy machine,’” he said, referencing a phrase Chapek used in August to describe Disney’s marketing strategy.

Still, Testa said this strategy is sensible. For example, introducing a Villains-themed land is “the smartest thing that Disney could possibly do” by marketing fan-favorite characters from different movies, he said.

Disney using its movies in its parks is nothing new, Hill said. Both Disneyland and the Magic Kingdom opened with rides showcasing characters such as Peter Pan and Snow White along with originalattractions such as the Jungle Cruise.

Hill pointed out DinoLand’s star attraction, DINOSAUR, was marketing for Disney’s 2000 movie of the same name, though the flick has been largely forgotten by fans.

Veteran Imagineer Coan said new additions based on successful intellectual properties like movies are faster to build and less financially risky for Disney, but that does not mean the company’s era of original attractions has ended.

“[Wall Street is] looking for something that they can depend on, and existing [themes are] somewhat dependable,” he said. “I also think to a certain extent that Disney, to make its business model work correctly, still has to be innovative and forward-thinking, and they can’t lose sight of that.” 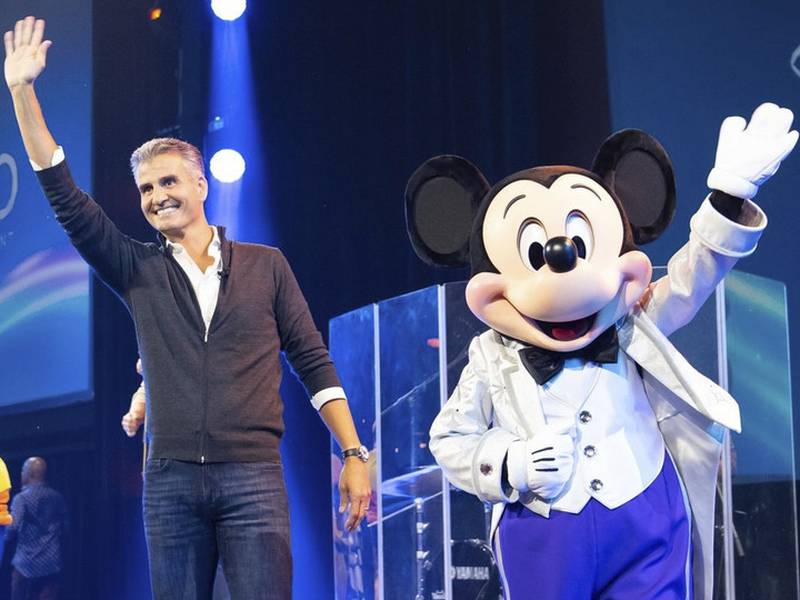