After 14 years at Disney, California-based Imagineer Kevin Lively chose to leave the company because it was moving his job across the country. His position, like about 2,000 others in Disney’s Parks, Experiences and Products division, is coming to Lake Nona as soon as Disney shifts the division to Orlando by December 2022.

Lively, who provided story editing for projects such as the recent updates to the U.S. parks’ Jungle Cruise rides, said in a Twitter thread that Disney told him about Imagineering’s relocation in June but he was officially notified of his job’s move in September.

As much as he loved his work, his family needed to stay in California for family and financial reasons, he wrote. He declined to be interviewed for this article.

“When someone puts an end date on something you love as much as I love what I do, it can feel like your world is crumbling in around you,” he wrote. “I’ve been taking it really hard. For that reason, I’m going to be stepping away to focus on some pretty cool opportunities that can keep us in here in our home state.”

Many of Lively’s peers in the division are having to make the same difficult choice to uproot their lives for Disney. Monday was the company’s deadline to inform workers whose jobs were affected by the Lake Nona move, though Disney has been gradually notifying its staff for the past few months, said a Disney spokeswomanwho declined to be identified.

Once notified, employees have three months to make a decision.

Disney’s move cements Central Florida’s status as the center of the theme park world, industry professionals say, and the local economy is already seeing signs of growth because of the relocation fueled in part by $570 million in state tax breaks.

But it also signals a huge transition for Disney’s operations, and some workers will likely stay behind in California.

Disney is providing support and relocation assistance to employees whose jobs are moving, the Disney spokeswoman said. Those who choose not to relocate might not necessarily lose their employment with the company, as Disney is working with people on an individual basis to look for other internal opportunities, the representative added.

The company has not stated the specific number of positions moving to Lake Nona, but the jobs make up less than 5% of the Walt Disney Co.’s California staffing, the spokeswoman said.

They include professional jobs in digital technology, finance, communications, human resources and product development, with an average annualsalary of $120,000.

Theme park writer and podcaster Jim Hill told the Orlando Sentinel he was informed by a recently retired Imagineer that 90% of the jobs moving are in Imagineering.

Some of the workers who chose to move are already working out of Disney’s local offices, the spokeswoman said. Disney has not announced the official opening date for its Lake Nona campus.

Disney is using a tax incentive in building the offices, which could result in the company getting over$570 million in state tax breaks over the next 20 years, one of the largest incentive packages in Florida history for a single corporation.

The company could invest as much as $864 million in the regional hub, documents previously provided by the Department of Economic Opportunity showed. A company tied to Walt Disney World is paying over $46 million for 60 acres near Lake Nona’s Medical City, with permits allowing for up to 1.8 million square feet of office space.

This division’s relocation is cheaper for Disney in many ways from real estate to taxes, experts said. Disney is following other major corporations, like Tesla, in moving out of California toward more “business-friendly” states, said Scott Smith, an associate professor at the University of South Carolina’s College of Hospitality, Retail and Sport Management.

Lake Nona is establishing itself as an area of rapid growth in Central Florida. A GrowthSpotter report found its Laureate Park housing development was Orange County’s single fastest-selling residential community in recent years.

“We’re going to continue as a community, as a city, as a county and as a region to really cultivate the great talent for this industry here,” she said.

But Disney stands to lose experienced workers who don’t want to move cross-country in the transition, and this could result in the fracturing of established Imagineering teams, said Hill, who runs JimHillMedia.com and co-hosts the Disney Dish podcast.

“The only Imagineers who are really willing to embrace this idea are the newer, younger guys,” he said. Staff reorganization was likely not a main reason for the move, Hill said, but Disney saves money when employees decide to stay in California and the company can hire Floridians at a lower wage.“It’s a casually cruel way to reduce headcount,” he said.

Former Imagineer Bill Coan, who worked with Disney for over 14 years, said he also thinks Disney will lose a “large number” of employees because they won’t want to move.

But Smith said most employees will likely relocate because Disney is the “gold standard” of the entertainment world. Workers may also be drawn to Florida because the cost of living is cheaper here, and there’s no state income tax, he said.

Hill said creative professionals who leave Disney because of the relocation could move to competing theme park companies — though Universal’s creative team has been headquartered in Orlando since 2001 — or go into independent consulting. Expertspredict Southern California’s theme park industry will continue to grow smaller as companies increasingly move to Orlando.

Shifting the ‘center of the creative universe’

Major staffing changes are nothing new at Walt Disney Imagineering, with the workforce often expanding for the construction of Disney’s parks and contracting afterward, but the effects of this cross-country move are unprecedented, Hill said. Because of the move and the pandemic, morale is low among Imagineers, he said.

Coan’s contacts at Imagineering have told him there’s been resistance to and disappointment overthe move. The majority of employees at the division are “West Coast people” who view Central Florida as “kind of the boonies” compared with the creative hub of Southern California, Coan said. “A lot of the people that work in California believe that’s the center of the creative universe, and to an extent, that’s what Walt Disney assumed as well,” he said.

The transition to Florida will pose a major challenge to Disney, though Coan said he does not think it will lead to the “ruining the magic of Imagineering” that both Imagineers and the general public fear when cutbacks happen at the division.

“There was a certain kind of romance about those offices out there that Walt Disney used to walk through, so if you pick them up and put them in an office building in Lake Nona, it’s a challenge to imagine that they’re going to be able to have that same kind of energy,” he said.

Baker said she knows what the relocating employees are going through, having experienced the same transition herself. Raised in Los Angeles, Baker moved to Orlando permanently in 2010 to research theme parks at the epicenter of the industry. Many of her family and friends still live in California, and the pandemic has made that distance feel greater, she said.

“Some people are saying, ‘Well, get over it, just move to Florida. It’s not a big problem,’ but having made that move myself, it’s a huge change,” she said.

Overall, Baker and others said Disney’s relocating to Lake Nona has a net positive effect.

“This is the next right move for Disney to do, from a business standpoint … [but] the cultural and emotional stuff’s gonna be a little harder,” Coan said.

Katie Rice is a business reporter covering theme parks and tourism in one of the nation’s busiest travel destinations for the Orlando Sentinel. She previously covered criminal justice and safety in Orlando. She earned degrees in journalism from Northwestern University and the University of North Carolina at Chapel Hill and is fluent in Spanish. 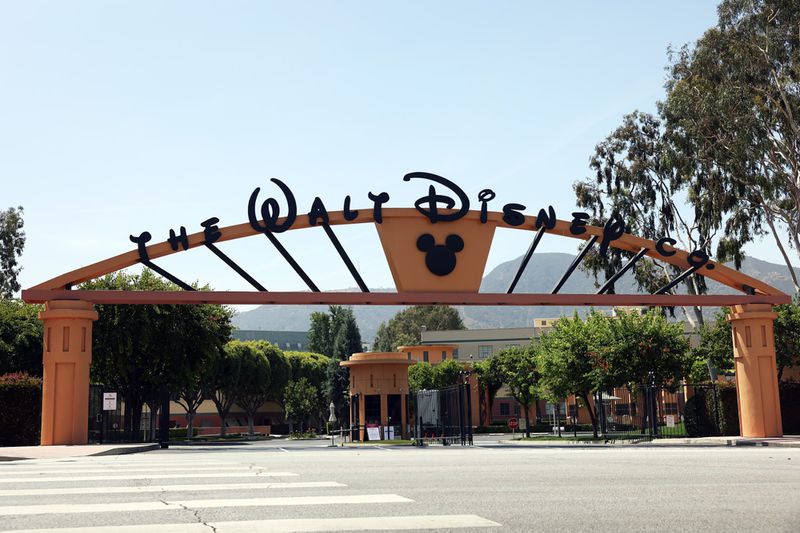