He told Ahram Online the entertainment district would be the MENA region’s biggest, and the largest investment in Egypt.

Last week ATIP Entertainment said it had signed a memorandum of understanding with the ACUD to establish a $20 billion entertainment district over 4,256 acres (4,100 feddans) in the heart of the New Administrative Capital, which has been under construction since 2015.

ITEC Entertainment Corporation stated it was awarded the contract to provide design, entertainment technology, and management for ATIP’s development of the district.

“The site of the project was chosen and the partnership shares were determined. The contracts will be inked after the conclusion of negotiations,” said Al-Husseini.

The project would attract more investments to Egypt, particularly to the new capital, and provide a large number of job opportunities, he added.

According to the US-based company, the entertainment district would be built in three phases over a seven- to 10-year period, and is projected to create about 700,000 total jobs.

The plan envisions four- and six-star resorts and themed hotels; a wellness centre; vacation rentals; luxury homes, villas and high-rises; high-end and regional shopping and dining; a VIP golf course and other recreational and green space activities; world-class theme parks; a cultural arts centre; a convention centre; a planetarium; aviary, butterfly, topiary and botanical gardens/conservatories; a museum and recreational activities for children; a Formula One racetrack; a sports and concert stadium; and an entertainment college for training future global entertainment and travel destination development leaders.

The district will feature two iconic landmarks: the world’s tallest observation wheel, with unique views of Egypt’s past, present and future, as well as the world’s tallest obelisk, an ancient symbol of Egypt’s cultural heritage designed to point towards the country’s bright future. The development will welcome visitors through a cutting-edge multi-modal transportation hub that will connect with the New Administrative Capital’s superhighways, infrastructure and high-speed rails. 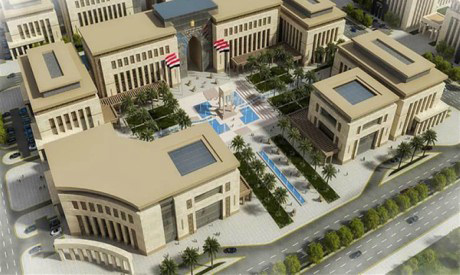