How Disney is preparing for the epic crush of visitors to Star Wars: Galaxy’s Edge

Tight time limits and advance reservations are just some of the ways Disneyland will manage the crowds at their new Star Wars attraction.

Next month’s opening of Disneyland’s much-anticipated new attraction, Star Wars: Galaxy’s Edge, has been an elaborate exercise in managing expectations. In preparation for the onslaught of visitors that will descend on the 14-acre space when it soft opens on May 31, Disney has made it clear that simply showing up and getting in line won’t do you any good if you want to experience rides like the Millennium Falcon: Smugglers Run, where you can steer the starship through a video rendering that will respond in real time to your actions.

Between May 31 and June 24, reservations to the attraction in Anaheim, California, will be required, and those visits will be limited to four-hour time slots, Disney has announced. Fast Passes will not be accepted in the new land. There will be no stand-by lines. And so far, reservations are limited to guests staying at Disney Resort hotels. On May 2, others will be able to make reservations on the Disneyland website.

This incredibly controlled, hold-it-buddy approach to an attraction that Disney has spent millions hyping for months now is new for Disney, and speaks to the unprecedented popularity of Star Wars, whose avid fans span multiple generations, as well as Disney’s increasing sensitivity to crowd control (something it’s trying to battle by raising ticket prices, to marginal effect).

But it’s also in reaction to the way visitors today experience theme parks that have become carved up into blockbuster-themed lands like Pandora: The World of Avatar at Walt Disney World; Disneyland’s Cars Land; and the Wizarding World of Harry Potter at Universal Studios Hollywood. These immersive worlds are often the top draw for visitors who wind up spending most of their time in them as opposed to meandering around the park at large.

“Very seldom in the past would anyone want to spend four hours in one environment. They would just move from ride to ride,” says Bill Coan, president and chief executive of Itec Entertainment, a theme park attraction design and production company. Coan spent 13 years working at the Walt Disney Company’s themed attraction development group.ADVERTISING

“If you think about an eight- to 10-hour day [at a theme park] for a $125 ticket, a good experience would mean more entertainment experiences per hour,” he says. “But when it comes to Star Wars, people will be so happy just spending time in the environment that they’re going to hang around too long. That reduces the capacity, which is where the four-hour time slot comes in.”

The time limit and reservations are also an attempt to avoid the crush of people that descended on the Harry Potter attraction at Universal when it opened in 2016. “They were overwhelmed,” Coan says. “There were uncomfortably long lines for attractions and for food and retail. So, there is something to be said for lessons learned.”

Yet even Harry Potter pales in comparison to Star Wars when it comes to fandom, which is why Disney has been investing so heavily in Project Stardust–a mashup of Star Wars and pixie dust–as the company calls its park-wide examination of operations, infrastructure, and crowd management in the lead-up to the opening of Galaxy’s Edge.

“We just know that there’s really a lot of anticipation out there in regards to the land,” Disneyland vice president Kris Theiler told the Mercury News. “We wanted to try and do as much as we could to address that and to meet that anticipation and that excitement . . . We’ve been working very hard over the course of the last two to three years to really get ready for this.”

Among the things Disneyland has done to prepare are: increased parking capacity by 50%; removed benches and widening walkways; restricted the size of double strollers; and eliminated designated smoking areas from Disneyland, Disney California Adventure, and Downtown Disney.

As for how bad the crush will actually be next month, Disney has not given any estimates. But Coan jokes it will be “exactly a million more than they can handle.” 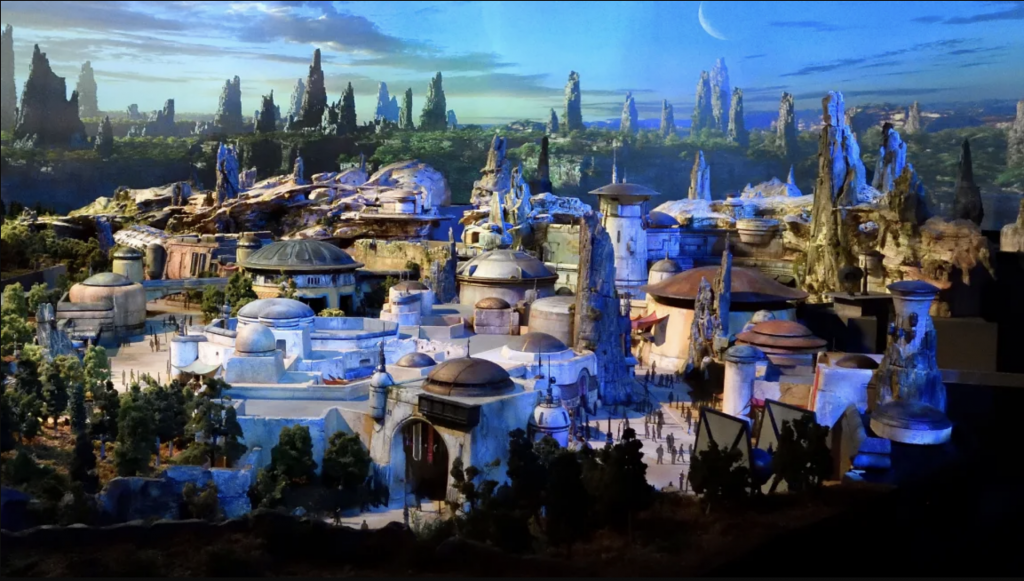