Disney has never really perfected stand-alone retail, without the halo given in its parks. But now, with Target as teacher, it may get its chance.

The two companies just announced a retail collaboration that will launch simultaneously online (Target.com/Disneystore) and in 25 Target stores this October 4, with 40 more slated to open by this time next year.

Envisioned as a Disney shop-in-shop, the selected Target stores will feature 450 toys, games, apparel, collectibles and accessories, including some 100 products previously exclusive to Disney retail stores.

In a statement, Brian Cornell, chairman and CEO of Target, explained the syngergies. “We believe the combination of Disney’s unmatched entertainment and storytelling with our omni-channel retail platform will create inspiring and unique experiences for our guests. This collaboration reflects the strength of our platforms and assets to create value for guests and growth for both companies beyond the traditional retail model.”

Of course, not everyone feels the magic. Fellow Forbes.com contributor Nikki Baird sees it as just another marketing ploy because it doesn’t offer much beyond what is readily available elsewhere.

Ira Mayer, co-director of the Institute for Branding and Licensing at Long Island University Post, sees the threat from overexposure of Disney properties. “Is there a saturation point for Mickey/Star Wars/Marvel/Princesses/etc.? Is the consumer complaining that those properties aren’t ubiquitous enough?”

Mayer also warns that Disney has had a less-than stellar track record in traditional retail. Based on early success in the late 80s-early 90s, Disney overbuilt its stores, then sold them when the tide turned, only to buy back a scaled-down version later. And a fledgling three-store ESPN retail chain in the late 90s only lasted two years before shutting down.

However, Bill Coan, president and CEO of entertainment design and development firm ITEC Entertainment and who got his start working as a Disney Imagineer, sees this new collaboration as a way for Disney to imagine what an elevated Disney retail experience can be by working with a retailer like Target. Coan’s firm has worked extensively with Disney both in retail and theme-park projects.

But while Disney got theme-park retail down to a science, it never figured out how to translate that into a stand-alone retail store. “Disney struggled with the idea that they could create an experience in a 2,000 sq. ft. mall store, like they do in the theme parks. That kind of mentality didn’t work in the mall. The mall idea was a bit of a struggle for them,” Coan believes.

This collaboration with Target has the potential to evolve Disney’s understanding of retail in a way not possible before. “Disney will learn a lot from this relationship with Target,” he says. “It will allow them to be more precise and have a bit more fidelity on what they offer in the stores and to match it up accordingly with what’s happening in the movie and TV side of the business.”

Through the smaller-scale shop-in-shop format, Disney has the opportunity to merchandise at a faster pace and leverage new Disney properties when demand is at its peak. “It adds potential on all fronts,” Coan believes.

Becoming “The Destination” for Disney merch

To the question of over-exposure of Disney’s brands, Coan thinks that is a non-issue, but competition is. “Selling people stuff in a store is different than in the parks where you have a captive audience. When you come off an amazing Pirates of the Caribbean ride, you naturally want to buy some pirate stuff to take home,” he says and continues, “In retail there will be more competition. Walmart, J.C. Penney and all the rest are certainly not going to stop carrying Disney products.”

Working in Target’s favor is that it attracts a higher-income customer than Walmart, for example. Placer.ai reports that Target attracts 18% more customers making over $100k than Walmart. And Target has a higher percentage of shoppers in the prime childbearing ages 18-to-44 years (~60%) as compared with Walmart (48%), which skews older.

Nonetheless, Target will have to do the heavy lifting to get people into the stores to shop for Disney merch. “Target has to focus on making itself a destination and integrate the Disney experience into that.” Coan says.

“If Target can market its stores as a destination, then they will succeed at a higher level than say Walmart or other competitors because people will think that the experience is going to be better at Target. Nobody can add better to the experience than Disney,” he continues.

This collaboration is a big win for Target and Disney. “You can hardly find a better partner than Disney, if you want to expand or elaborate an experience into retail,” Coan believes. “It’s bringing a first-class entertainment entity like Disney into a first-class retail store like Target, with a matching demographic appeal to families. You can’t get any better synergies than that.” 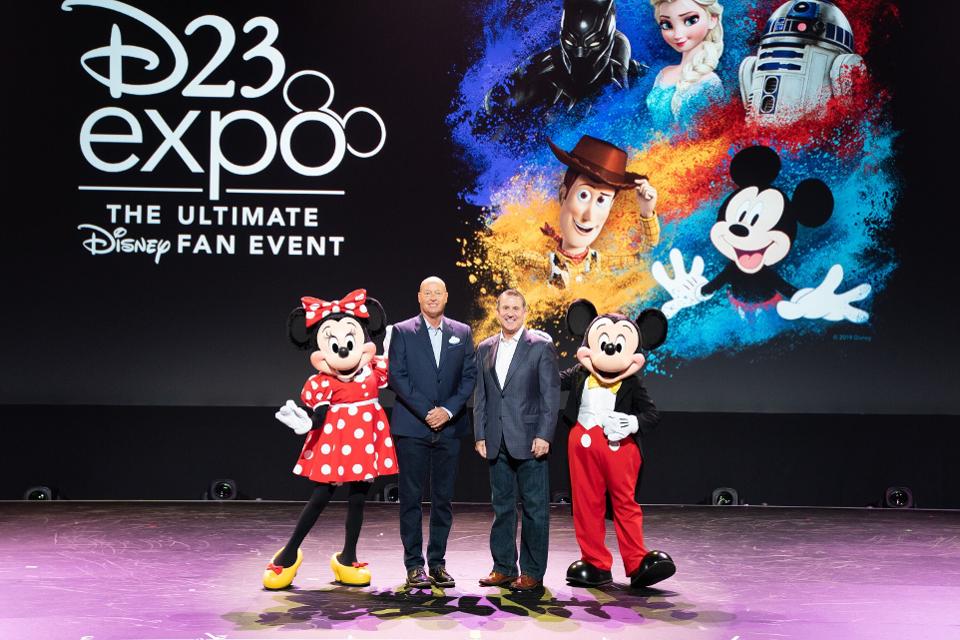